PHP is one of the most popular server-side scripting languages. Since it appeared in 1995, the complexity of web-projects has increased so much that it makes no sense to write code from scratch every time. In order to structure the development process frameworks were created, one of which is Laravel. Choosing the right framework for PHP project is the first step to its successful implementation.

Why Is Laravel So Popular?

The last few years Laravel framework is gaining popularity and forces to pay attention to it. According to the poll carried out by Sitepoint.com, Laravel ranked first among the PHP frameworks, leaving behind Falcon and Symfony. It is interesting that Laravel uses Symfony components within itself and it is not surprising because these components are also very useful. Laravel has many features that provide rapid application development. There is a template engine for Blade and elegant syntax that makes it easier to perform common tasks: authentication, session, queue analysis, caching and routing RESTful. Also Laravel has a local development environment Homestead, which essentially is built on Vagrant. 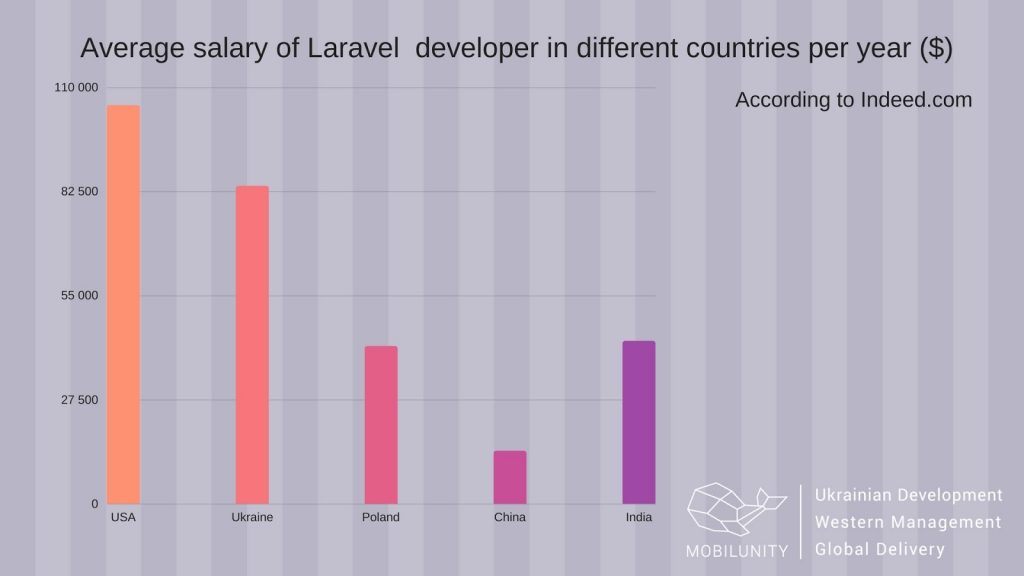 What Is Laravel Developer Salary?

IT-specialists rightfully occupy a leading position in the rankings of the most demanded professions on the global and in particular, Ukrainian labor market. According to the data of researches made by different analytical resources this tendency will remain in future.

It is also worth noting that the salary of programmers differs greatly not only depending on the specialization but depends directly on the level of a certain engineer. This statement can be proved by statistics of PayScale. According to it, Entry-level Laravel developer salary in the USA can earn near $58000 per year. Laravel developer of Mid-level of experience will be annually estimated in $70000. An experienced engineer who has worked more than 20 years receives more than $90000 per year. 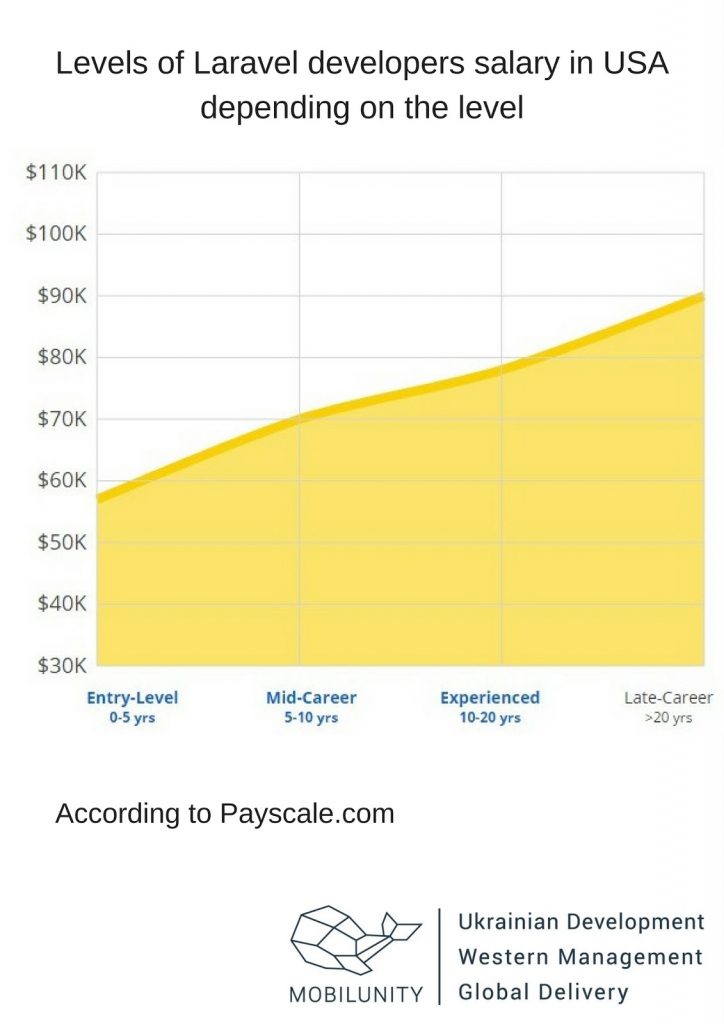 It also makes sense to compare the salary of Laravel developers in different countries. The United States of America is perhaps the most desirable destination for every third person on the earth, regardless of the profession. It is also a real paradise for programmers. The fact is that extraordinary people who are willing to do something new, previously impossible are very appreciated here.  According to information from Indeed.com, an engineer of such specialization makes more than $100000 in average per year in the USA. Average Laravel PHP developer salary in Ukraine is $82500 per year. Laravel developer salary in Poland consists more than $41500 annually. At the same time, the salary of programmers in China lags far from developed countries. Another country that has become a center of outsourcing is India. About 40% of jobs are located here. The reason for this is the low cost of programming services. The average wage of Laravel programmer in China and India is $14000 and $43000 accordingly.

It can be concluded that the salary of programmers of various specializations and level of training are very different across the world. One of the reasons of this fact is the economic conditions and the level of the overall development of technologies in particular country.

Back to blog
Recent posts
Request a quote form